Nah. I check my topics regularly and it is nice to have it handy.
Top 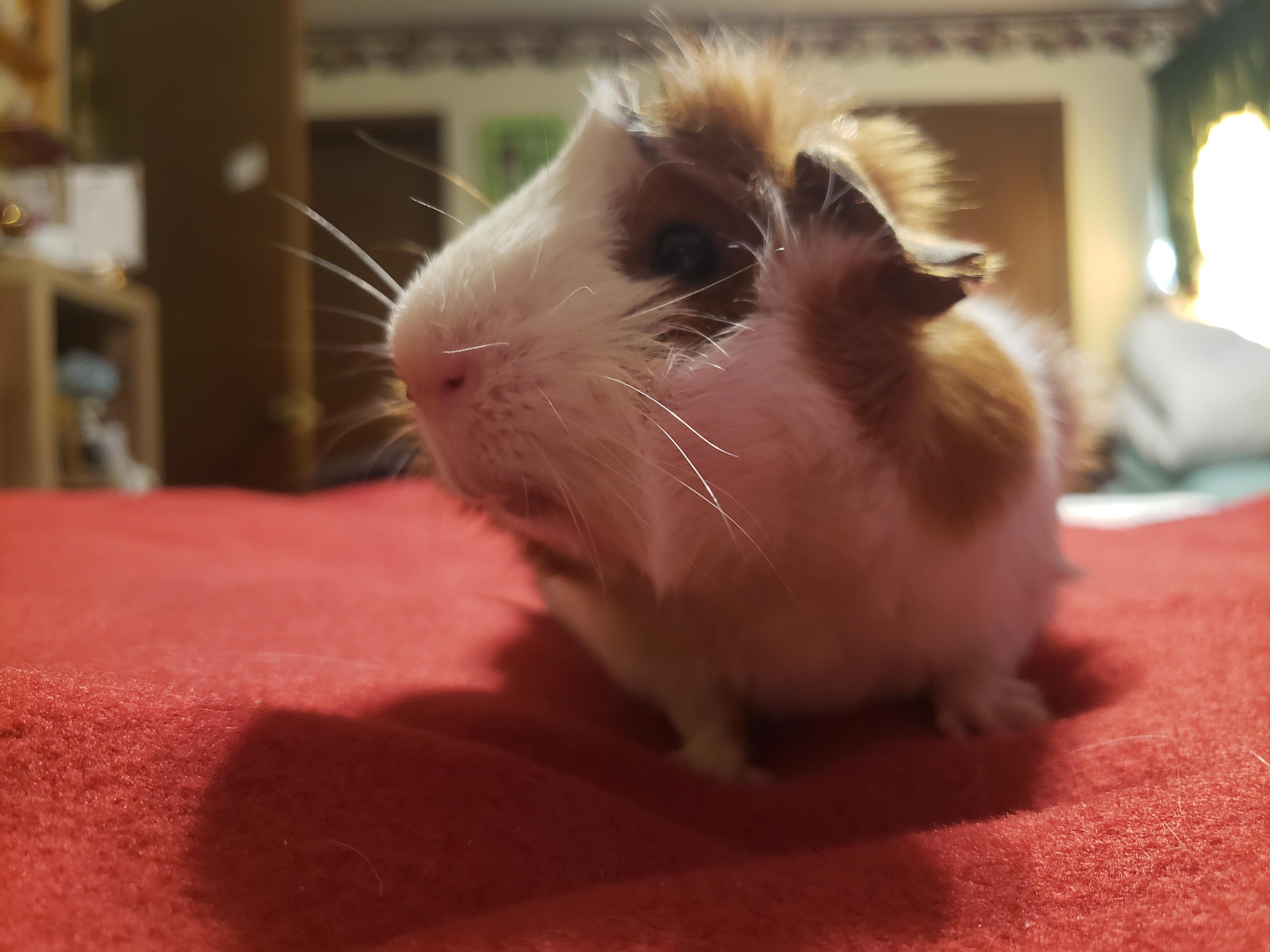 What a cutie!
Top

A right proper Abby he is. A LOT like Scruffy.
Top

That's a wonderful picture of the handsome boy.
Top

Got this cute photo of Wilber taking a nap. Tried to get one of Grady sleeping on the other side of the cage, but he woke up and moved when I snapped this one. Look at that cute little leg stretched out! 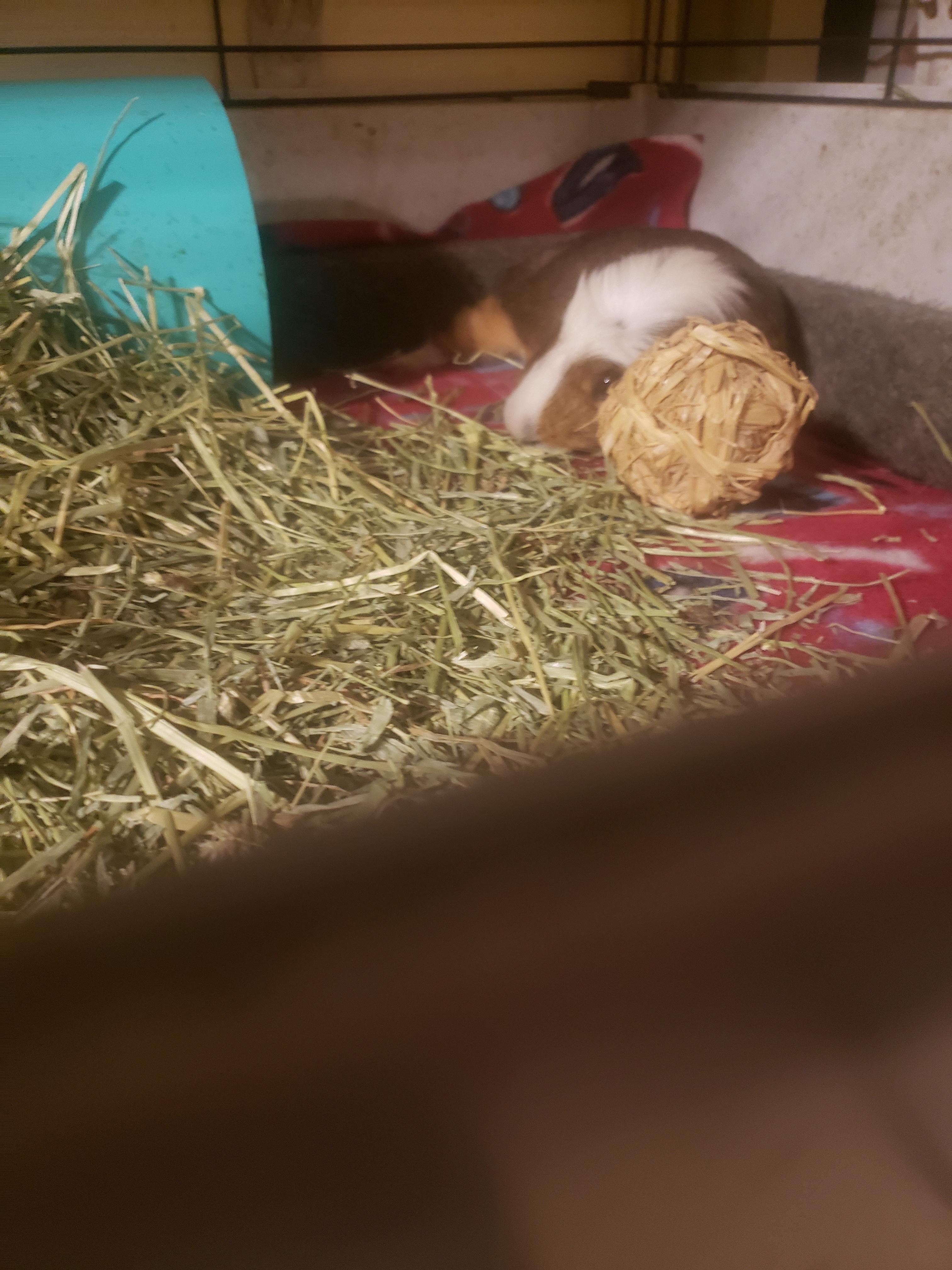 Love his pillow. But not sure I could sleep on it. A real sweet pea! Love his mohawk too. Or frizzy head!
Top

He does have the greatest rosette I've ever seen on a guinea pig. He's the Rico Suave of my pigs.
Top

Happy birthday to Grady and Wilber! According to the records from Petco, their birthday is today. Officially one year old today! Extra treats for them.
Top

Happy first birthday Wilber and Grady! You get loads of treats and make sure you stand up leaning on the wire and give your slave the I AM HUNGRY look! Have a good one boys!
Top

Grady is always ready for treats. Wilber too, but he's not as impetuous as Grady. Look at his newest trick. 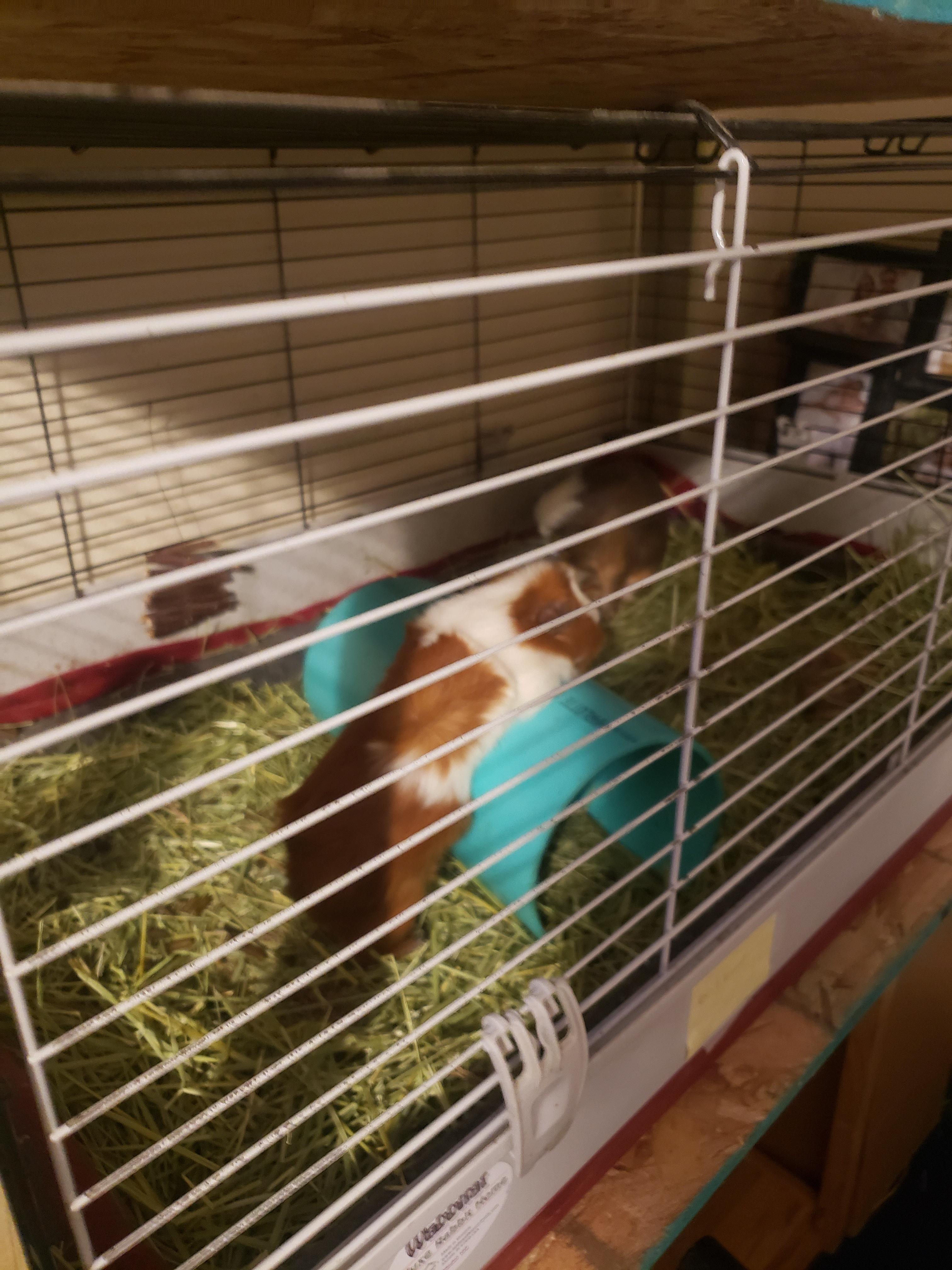 Grass is always greener and juicier on the other side! Maybe if he does the piggy eyes maybe treats will be shared? Cheeky boy!
Top

Happy Birthday to the 1-year-olds!
Top

Grady is going through what I call only describe as a hormone burst. Yesterday he took to chasing Wilber and mounting him. I put Grady in the tote for a few minutes hoping he would settle down, but that didn't help. So since the weather was nice enough, I put them outside in the hopes that the fresh air, sunshine and grass would help. No dice. Since I moved, I didn't have a way to give them floor time safely and in a way that protects the floor from their messes, and them from the dogs and cats,, so I went to the store to get an area rug and a small tarp to go under it. I can put them down in my room and close the door to keep them safe.

Grady was pretty calm when I was leaving so I left them together. When I returned, he was calm, but upon picking up Wilber, I found out why. He had expended his sexual frustration all over Wilber's backside. GROSS! It took a lot of cleaning to get that out of his fur because he's got that long Peruvian hair back there. I also had to trim a tiny bit of it out. Of course he didn't like that at all. This is the exact same thing that happened when I first got them. Grady chased Wilber around until he got his way with him and then they got along great until this repeat episode almost a year later. None of my other board have ever done this. There's some minor mounting between them once in a great while, but it's very quick and there's never a mess like the one that Grady leaves on poor little Wilber.

They're getting along normally now. So it looks like this might be a periodic occurrence until they get through the hormonal stage. That usually happens around 2 years of age.
Top

Wilber and Grady in the tote waiting to go back into their freshly cleaned cage. They're both very high strung and don't sit facing each other for very long without ending up chasing each other around; in a playful manner of course. It's lucky I got them to be still long enough to get the photo. Wilber sits still while I hold him. He enjoys being petted, but will jump out of my hands when I go to put him down if I'm not careful. Grady, on the other hand is very squirrelly and hard to handle. He's not trying to get away or anything like that. He's just so curious that he wants to sniff, lick or nibble my hands, arms, shirt, face and everything he can get to. He is a jumper too. If he sees his open cage, he jumps for it no matter how close or far he is from it. I have to turn where he can't see it until I'm ready to put him inside. 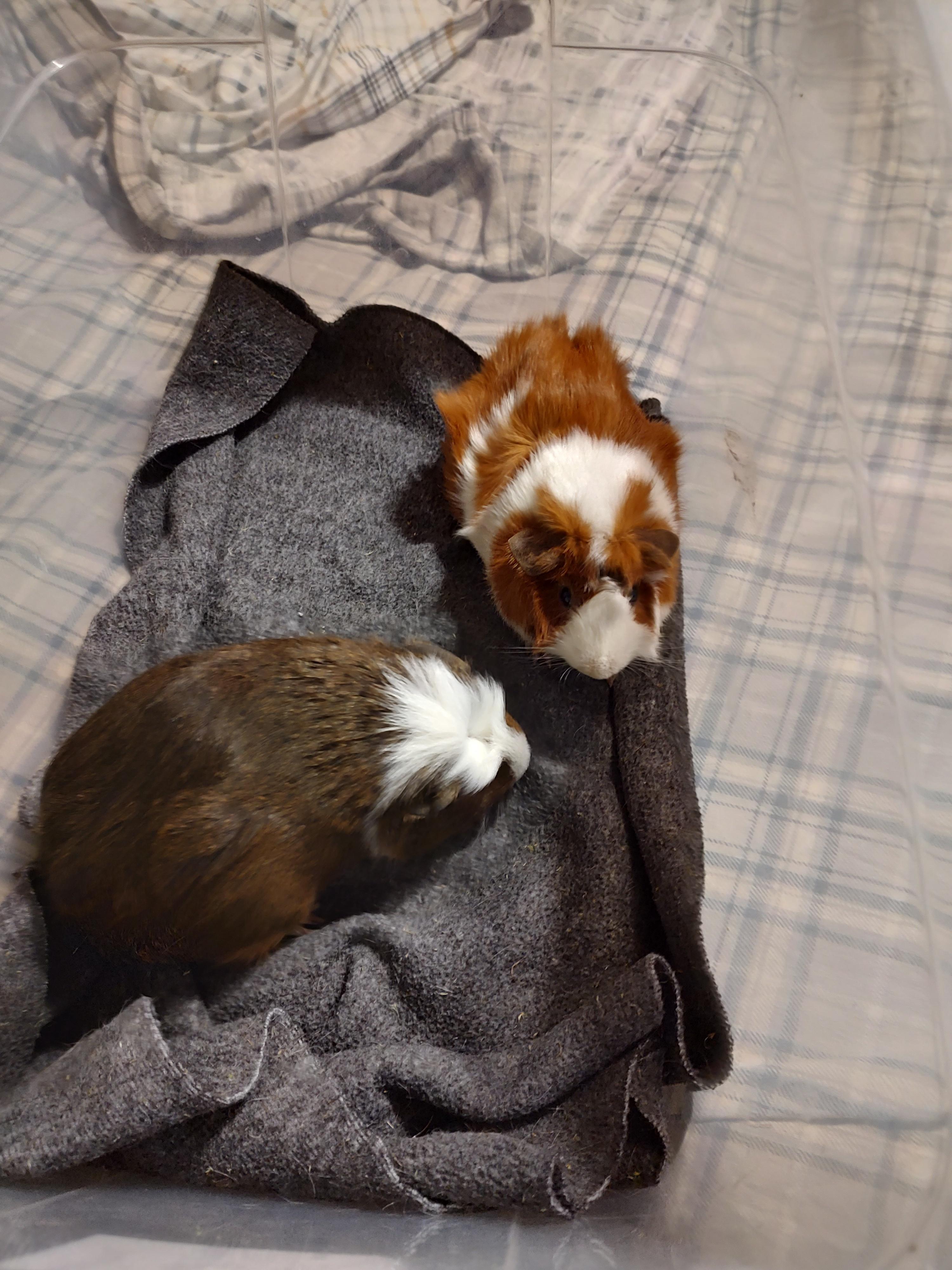 Another pair of sweeties. I am always putting my girls in backwards. They are really silly! Love their colours! They look like they are doing some serious thinking!
Top
Post Reply 78 posts