The Tale of My Insane Cavies

I miss those dear boys! They were a riot!
Top

It's Snickers making the funny face. Scooby kept trying to nibble his ear, and he was having none of it!

I took all the pigs out on the lawn today. They were all chasing each other around and just being ridiculous, but they had a good time. They all passed out in their cages for a good 2 hours afterwords.
Top

I LOVE your pigs. Hope to see you at the pignic.
Top

I will try to make it! It does mean a day off of work, and it is a long haul for two super-senior pigs, as well as for me. I'll see how they're both feeling when the meet's coming up.

I'm also thinking of re-instituting the Nova Spring Pignic. It would be nice to have one closer to home, and also one to start off the spring. Who would be interested?
Top

I sure would.
Top

It sure has been a while since I posted - I think I'm past due for an update!!

Scooby passed away in 2010 and Snickers in 2011. Shortly after I lost Snickers, I graduated high school and went off to college, and was unfortunately not in a living situation where I could have guinea pigs. Of course I'd missed them terribly and thought about getting some many times. Snickers in particular was truly a once-in-a-lifetime pet and I miss him greatly. I'm lucky to have an oil painting of him, Hannah, and Elsie to remember them by, which has been hung in every place I've lived in the past 10 years!

I started veterinary school last year and this summer I finally moved to a house that's large enough for guinea pigs!! So I promptly built a 2x5 C&C cage and started looking. I wound up bringing home Theodore and Leopold at the beginning of September. I adopted them off Craigslist from a family who had to give them up due to asthma. It sounded like they had changed hands a few times in their short lives (they are only 6-9 months old), and had not been socialized much at all. They were scared to death when I first got them and basically would not come out of their hideys for the first few days. While we still have a long way to go, they are already much less fearful. They've figured out the art of begging for food and Leopold has even started wheeking! They will even allow a few nose strokes as long as food is involved. I've also gotten pretty into making accessories as well (when I feel like procrastinating on studying), so I've been making some cuddle cups and tunnels for them. 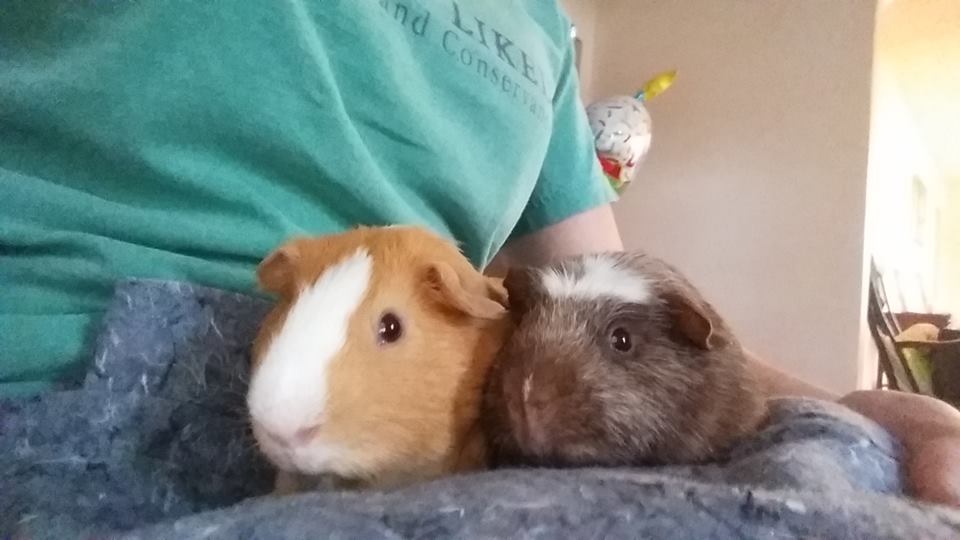 Theodore is the orange one, Leopold is the brown crested one. 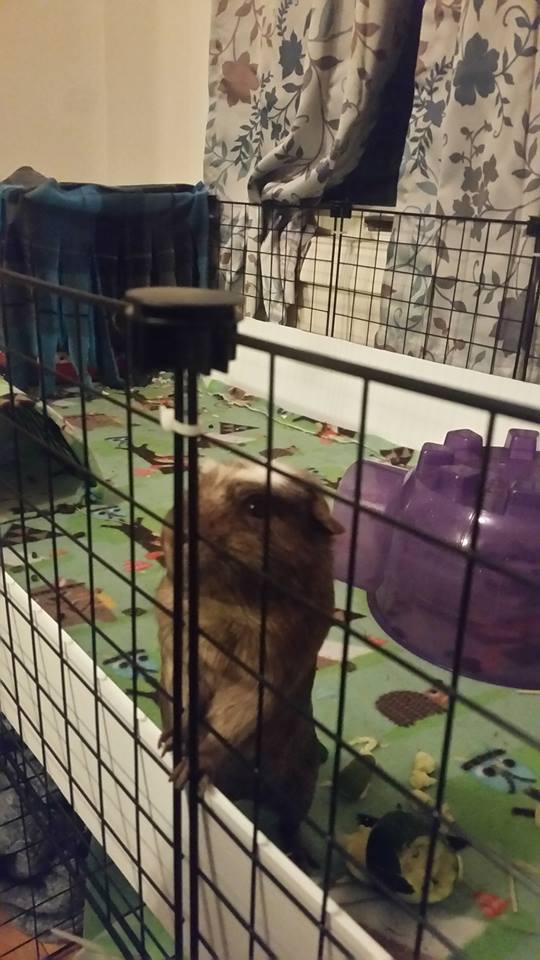 What adorable guinea pigs! I love that brave picture just above!

So happy you have these guys - you will doubtlessly learn a lot about guinea pig medical care (I hope) and can give them a good life! And congrats on getting into vet school!!
Top